The Secret to Solving Drought

Maharashtra is looking down the barrel of a water conflict. In large swathes of the state, heavy but intermittent showers have caused crops to wither due to a lack of sufficient, sustained rainfall. Women have to wake up before sunrise to walk for kilometers to get to a well that still has water. As the wells have dried up, so have village livelihoods, leading to people seasonally migrating into the cities in hopes of finding odd jobs. Meanwhile, government and civil society turns a blind eye to the plight of the parched and desperate rural population.

One individual taking on Maharashtra’s water conflict is Suryakant Kamble, the Programme Coordinator of CORO’s Addressing Water Scarcity through People Initiative. Suryakant has been associated with CORO since 2004, initially focusing on the issues of young men in the urban context. During this time, he made notable contributions in ensuring basic amenities and resolving major water conflicts in low-income urban areas. He was subsequently selected as a fellow in the pilot cohort of CORO’s Centre for Leadership fellowship which has since become the Quest Grassroots Leadership Development Programme (QGLDP). Later on, he became a mentor to new fellows and the regional coordinator of fellows from Western Maharashtra. Through his journey with QGLDP, Suryakant became more involved in issues of rural livelihoods and sustainable resources. Western Maharashtra particularly faces severe water scarcity for agriculture and drinking in the districts of Satara, Solapur and Sangli. 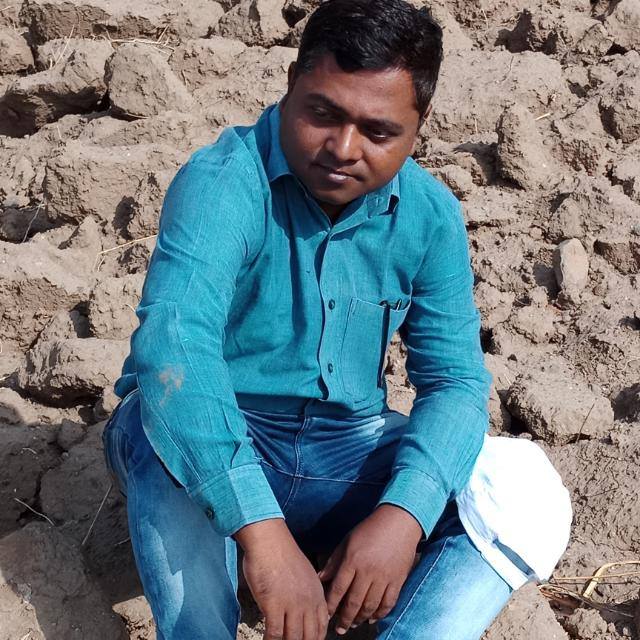 As a regional coordinator, he facilitated a local leader and QGLDP fellow from the village of Bhalawadi, Maan block, Satara district to resolve water issues there. Although he had no formal education in water management, Suryakant learned enough to advocate with the system. Together with local village leadership, they were able to secure government funding to lay the foundational structure for constructing four dams in Bhalawadi. This experience and involvement with the people of Maan block led him to understand the great need to address the water concerns of the area. CORO as an organisation also became invested creating a regional campaign to address water scarcity in Western Maharashtra. 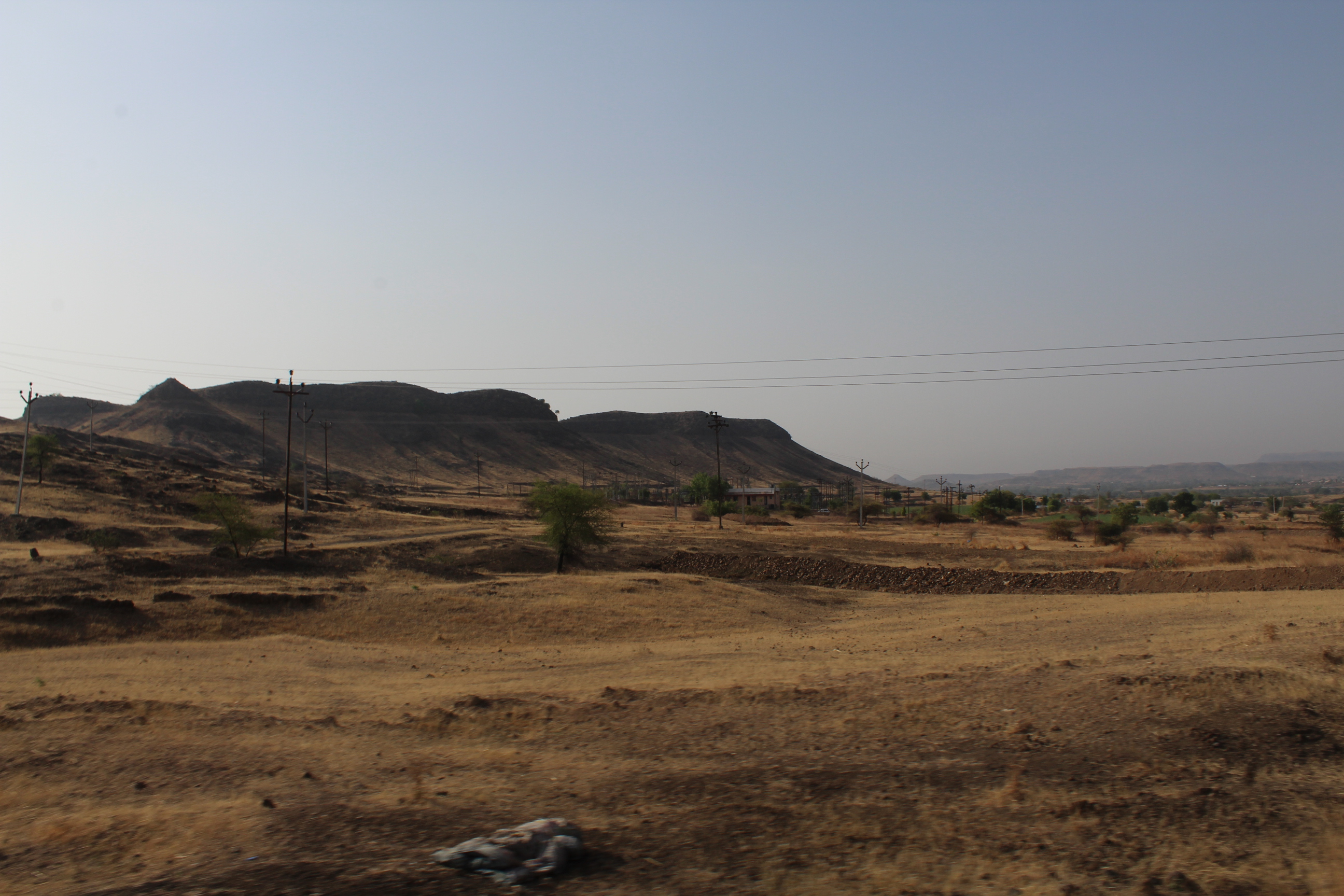 Suryakant enrolled in courses on geology and hydrology to gain the required scientific knowledge for practical application in the field. Meanwhile, through his research, he discovered that there was no arrangement to sustainable recharge the water tables in villages throughout Maan block. Even if dams were built, the water would be collected in the monsoons but quickly drain away without entering the groundwater supply. Also, no programme was locally available to create awareness of the necessary ways to sustain rainwater resources for a longer period. Suryakant used his studies to acquire relevant knowledge on water sustenance. Commonly, a water crisis leads to reactive water storage initiatives such as building dams or water tanks in those areas, without any technical awareness of sustainable water retention methods. He knew that sustaining water also requires a major study of the rocks which had been lacking in the projects being implemented in Maan block.

Around this time, Suryakant also became involved in an initiative to bring government job schemes to the village of Hinjawadi, in the Pune district of Maharashtra. Here, the water crisis and poor livelihood opportunities had led much of the population to migrate to nearby cities for jobs. Therefore, by securing the MREGS- Rozgar Hume Yojana for daily jobs in the village, the problem of unemployment became less severe in Hinjawadi.

Suryakant was able to combing his new technical hydrogeology knowledge, experience with working with the government system, and his extensive skills organising people for collective action for the case of the village of Partavadi. Partavadi faced many of the same problems as Bhalawadi and Hinjawadi. Upon assessing the situation with water experts, Suryakant identified the problem with Partavadi’s current water retention systems (or lack thereof) and the opportunity for resolving them by bringing together local people and water experts to work for a common cause: recharging the water table of the village. 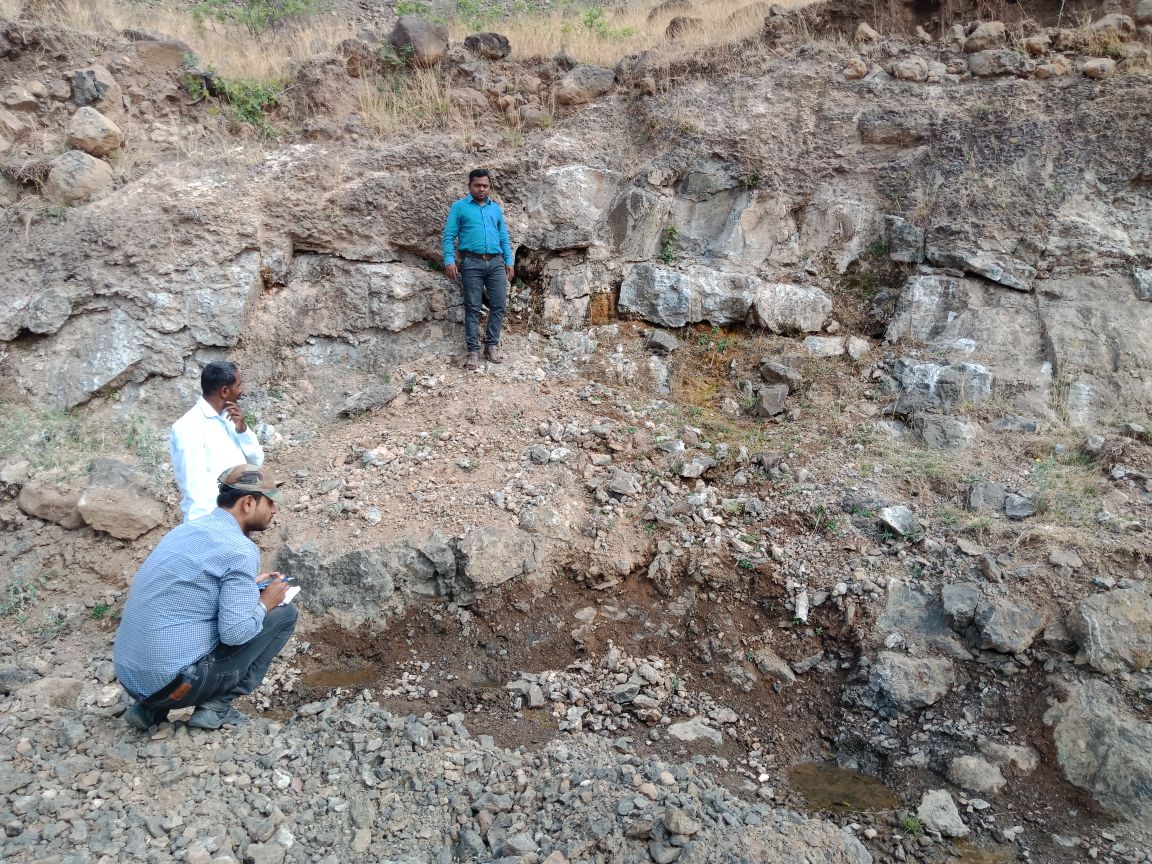 As Partavdi already had a well in place, a hydrogeological mapping of the village showed that strategically building a small dam and some other structures should eventually put an end to their water troubles. The total estimated cost for the dam came to about 6 lakh INR. However, CORO only had a certain amount of funding and could not cover this expenditure in full. CORO promised to arrange 50% of the amount, but this still left 3,11,000 INR pending.

The villagers of Partavadi initially refused to contribute to the project, claiming poverty and a lack of assets. However, Suryakant noticed that a new temple had been erected in the village. When he inquired about it, the people of Partavadi proudly told him that they had raised 25 lakhs for its construction! Meanwhile they still claimed not to have enough money to pay for the dam, but really they appeared to be simply unmotivated to resolve their own issues when it appeared that outsiders - whether the government or NGOs - were willing to pay for it.

After much explanation about the necessity of water and careful strategy, the people of the village were convinced. Ultimately, they raised 3,50,000 rupees and various construction materials necessary to cover the cost of building the dam. The point of this people-centric, community-led approach was so that even after this project was over, the development of Partavadi would continue to persist.

After consolidating the funds for the dam, Partavadi needed to plan a way to manage the money. Together with the CORO team and Suryakant, the village collaboratively came up with the idea of ‘Gramkosh Sankalpana’ or ‘Village Development Fund,’ a Gram Panchayat committee with both men and women as active participants that would be responsible for managing the money, have a dedicated bank account, and also be an inclusive, collective decision-making platform for the village. Suryakant then oversaw the passing of a resolution which stated CORO’s involvement with the village for the next three years and ensured the active involvement of every individual in the village.

The process of development involved lot of administrative tasks and so Suryakant decided to appoint one of the CORO team members as the representative on the Gramkosh committee. To ensure proper development, the committee was dedicated to considering the opinions of all the people. All the people were allocated different tasks in different departments to ensure equal and active collaborative participation. Through funding from HSBC Bank, taking Partavadi as a model for success, a programme for six villages is being implemented for the next three years. Currently, baseline surveys have been conducted in these villages and rainwater harvesting preparation has been undertaken in preparation for the monsoon season. 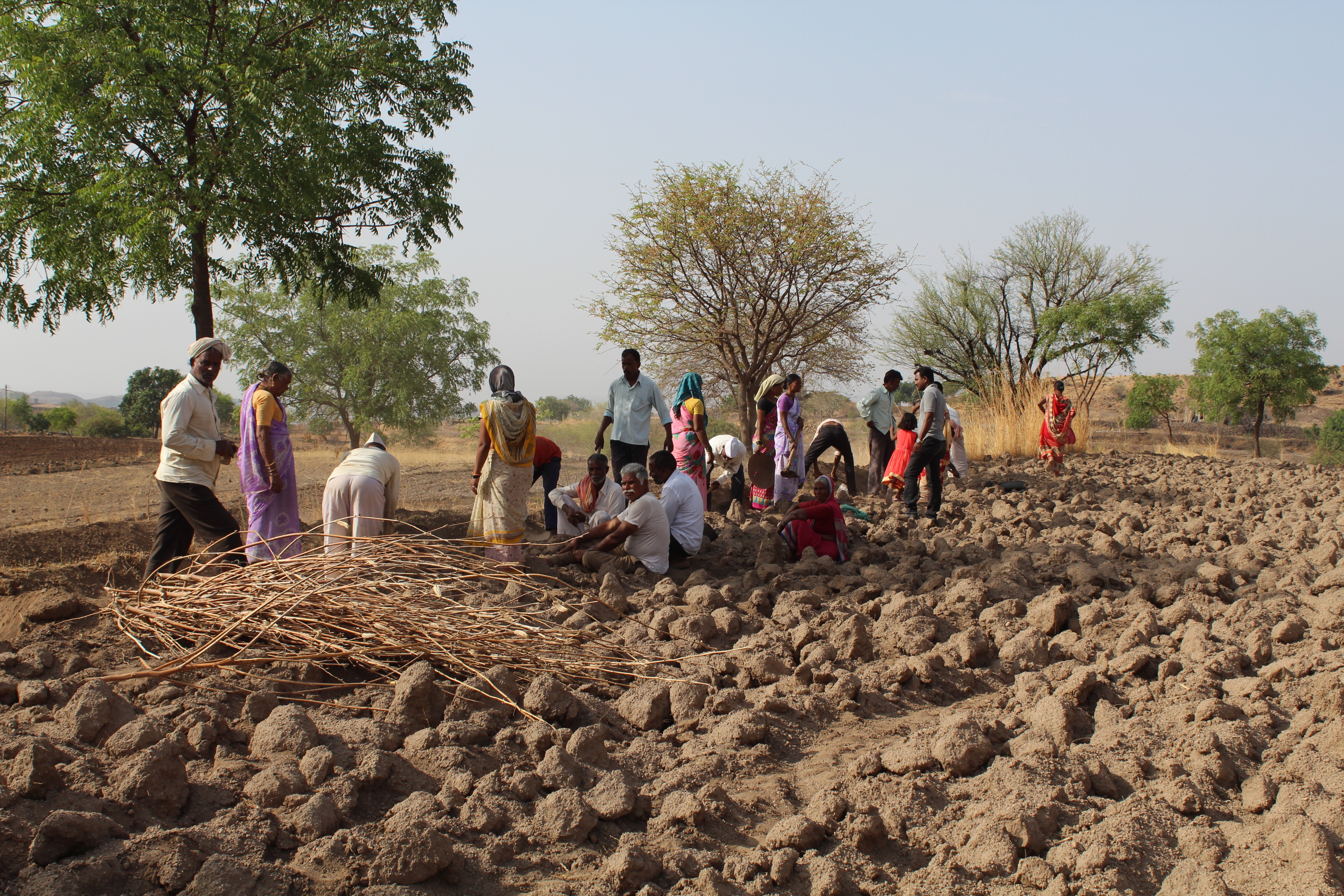 All 78 families in Partavadi pitch in 1 hour everyday to communally build water retention structures in their fields.

Suryakant’s biggest learning was that the secret to solving drought is about understanding both people and the earth. To replenish the water supply, it is necessary to compassionately understand the struggles of the people and secure their investment to changing their own circumstances. At the same time, without a technical understanding of groundwater and rock layers, no amount of human investment can bring water where there is none to be had.

Signing off, Suryakant says, “To work for the people, you must consider every bit of information to convert hurdles into assets for real development.”

By Nikita Singh and Neomi Rao.