Tina hails from Mayapur village in Ajmer district, Rajasthan. Like many young girls in that region, she fell prey to the illegal practice of child marriage when she was 12. Tina’s in-laws always harassed her because she had studied until class 8 while her husband could hardly clear the 7th. They treated her as unfit for their family and taunted her constantly while Tina tried to keep them happy.

But the situation got worse with time. Tina was abused and sometimes beaten by her drunkard husband. Throughout this, she did not speak a single word about what she was going through to her parents, but remained keen on educating herself further. One day, Tina went to her parent’s place to appear for her 12th class exam. Meanwhile, in Tina’s absence, her husband got married a second time.

When Tina went back to her in-laws, she was shocked to hear the news and further blindsided when her in-laws threw her out of the house and told her to break relations with them. Tina and her parents found themselves helpless, but decided to go for a legal battle.

In 2013, Tina started working with Gramin Mahila Vikas Sanstha while her divorce case was pending in court. She was quite afraid to talk in front of judge during the trial. But her selection in CORO’s QGLDP fellowship programme in 2016 changed a lot for her. She became bold enough to face the legal proceedings in the court and could confidently argue her side before the judge. 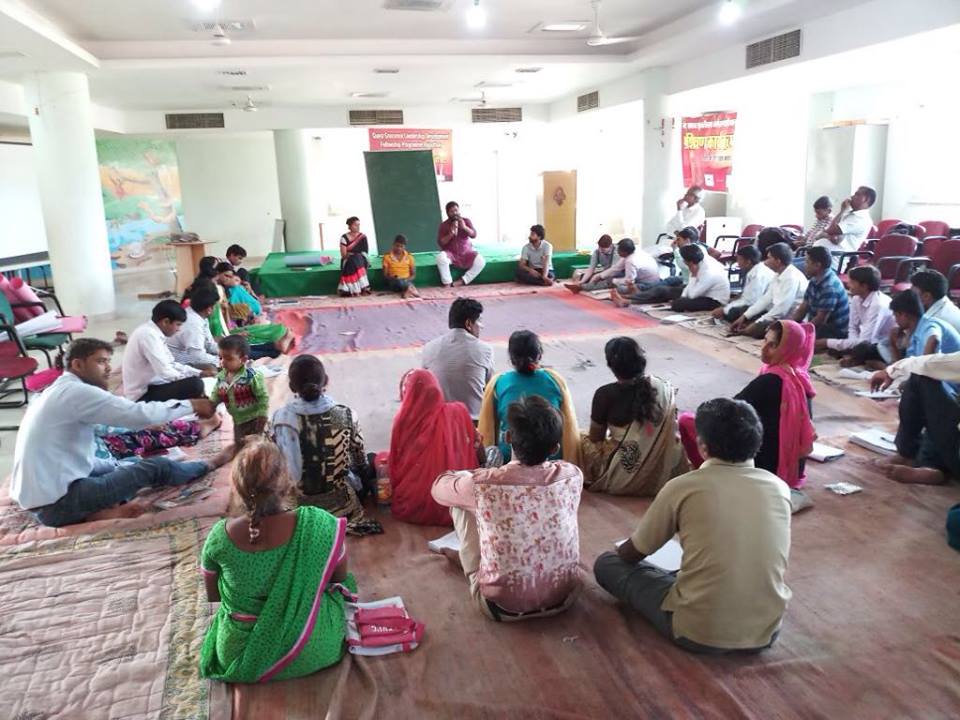 Tina took up the serious issue of child marriage during the fellowship, as she intimately knew the suffering this practice caused. She was the witness to how child marriage had devastated her life and continued to cause troubles in her sister’s life too. In Tina’s village, Mayapur, there were around 20 cases of women who had been married as children and, like Tina, had been abandoned to survive alone by the in-laws. Some of them were also single mothers. Tina took the cause of victims of child marriage in her village close to her heart.

Today, Tina guides these young women on how to create a good future for themselves. She advises them on re-marriage, livelihood opportunities and how to claim the constitutional rights guaranteed to them. Sometimes she approaches the in-laws of those girls who do not want to remarry and tries to find a compromise in the interest of the whole family. She has helped two girls to remarry and even stopped a child marriage of a school student by preparing him to oppose the archaic tradition himself. Tina finds great satisfaction in helping the victims of child marriage and creating awareness among the young and old of her village to prevent this unlawful and distressing practice.